skip to main | skip to sidebar

The next REA Munster Auction will be held on Thursday 8th October at The Limerick Strand Hotel, Limerick.
More Properties to be announced
Contact REA O'Connor Murphy on  +353 61 279300 www.reaoconnormurphy.ie 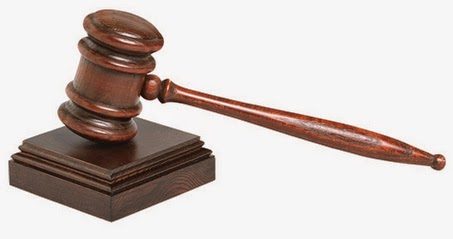 REA Hynes have announced a strong interest in their upcoming July online auction. “We have had great uptake” said Healy Hynes of REA Hynes. “Property all over the midlands; from Athlone to Kilbeggan, Ballymahon to Ballinasloe have been entered to date”.

“There is a growing realisation from sellers and buyers” stated Mr. Hynes “that the market is changing rapidly & online sales are the way the market is going. Buyers are get busier and busier every day; buying property online is a natural extension of the way they are living their lives.”

The benefits of the service are numerous according to Mr Hynes. “For a start it means that all due diligence is done prior to the any offers being made. This speeds up the entire process, getting buyers into their new home faster and ensuring that sellers can move on quicker.”

Mr., Hynes also expressed that this transparency means that there are no nasty surprises for buyers. “Any issues they may have, they can get their solicitors to look into before the bidding even starts."

Buyers can have complete confidence in bidding according to Mr. Hynes as every bidder is validated before being given access to contracts. Mr. Hynes believes this benefits buyers as if bidding against someone, they know that they can complete – buyers also get to see each others screen name so they can have full confidence in the bidding process.

Selling online gives greater security according to Mr. Hynes. As parties are contracted to complete at the end of a successful auction, both buyers & sellers have confidence in the sale.


Abolishing development levies and the VAT rate on new homes are the key components to solving the national housing supply crisis, a leading national estate agency has claimed.

A nationwide lack of suitable housing supply, especially in three and four-bed family starter homes, has led to a stagnated property market as builders cannot yet make a profit.

However, Real Estate Alliance (REA) have claimed that the abolition of the 13.5% VAT rate on new homes will help close a gap that is making new homes financially impossible to build.

This should be backed up by the abolition of the Part Five levy for social and affordable housing, a combination of measures which they claim will reduce the cost of a new house by €60,000 on average.

“There is a huge gap in the cost of building and bringing a house to the point of sale and what it can achieve on the open market. Unless this gap is closed, we will not halt and solve the growing national housing crisis,” said REA CEO Philip Farrell.

“In urban areas around the country, the market value of a house is €154 per square foot, based on the Real Estate Alliance average house price survey price of €162,477 at the end of March.

“This rises to €157 per square foot in commuter areas and the larger cities outside Dublin where the average house price is €165,798.

“However, the cost of building and bringing a house to the point of sale in these areas is anything up to €220 per square foot – a figure that is even higher in the capital.

“In an environment where such a big gap exists, there is no incentive to start building, and the State must work to close this uneconomic gap.

“There are only two ways of closing the gap to make it financially viable for builders to build and that is for prices to rise or for the cost of building to be reduced.

“There is an estimated demand for 25,000 new homes in Ireland this year, and supply will fall 10,000 units short of that figure.

“In country and commuter areas where the average value is below €200,000, supply of new homes will remain reduced even if lands become available due to financial issues for developers who need to sell houses above that mark to make a profit.”

Kilkenny REA agent Michael Boyd is one of the promoters of the idea to abolish VAT and Part Five on new homes and feels that two major things have to happen.

“Secondly, the State needs to abolish Part Five levies, which have not been a success and rein in local development charges which should largely have been replaced by the Local Property Tax (LPT).

“Implementing the above measures should bring a three-bedroomed family home priced at €250,000 down to something in the order of €190,000.

“This will allow building to start, local authorities and private purchasers to buy, banks to lend and the housing market to function, as well as providing massive employment spin offs to the economy.”

Posted by Real Estate Alliance at 09:05


Real Estate Alliance are holding a Property Auction on the 16th of July at 3pm at the New Park Hotel in Kilkenny for 3 separate lots. The lots comprise of Industrial/Commercial development sites, located within easy reach of major urban centres:

On the instructions of the receivers Mr Luke Charleton & Mr Marcus Purcell, EY
Posted by Real Estate Alliance at 11:03

Crohane House is situated in the beautiful and tranquil setting of the Slievenamon Valley, an area of outstanding natural beauty in Co. Tipperary.  This enchanting 17th century farmhouse with enclosed courtyard with stables, sits on c 1.6 acres.  Proudly standing on an elevated perch, the site offers stunning views of the surrounding countryside including a picturesque ancient church.

A long meandering private road leads through rolling hills, a quaint church and mature trees towards this property, the likes of which rarely come to market.  In an area of unspoilt natural beauty, this home is tucked away in the midst of a wide range of mature broadleaf trees such as oak, ash, birch and horse chestnut.  With calming views of the Tipperary countryside, this property is a wonderland of discovery and adventure and has so much potential beyond the sum of its many unique parts.

From the beautiful babbling brook that passes through the stone courtyard carrying all the sounds of nature to delight and enthral, to the rustic courtyard which provides a blank canvas for a multitude of possibilities...Artist Studios, Self-Catering Apartments, Equestrian hobbyists, recording studio, cookery school, a quiet retreat but with broadband and much more.  Rarely do we see a property tick so many boxes.

This house captures the imagination, with its period design and atmosphere yet with all the modern conveniences of a refurbishment.  The potential is limitless with this property and it could easily be adapted to one's own needs as the accommodation is very flexible.

The magical feeling that one gets from this property must be experienced. Contract Robbie Grace at REA Grace on 056 7725163
Posted by Real Estate Alliance at 11:09